The city dressing is the connecting element between the city and its people. Host City Rotterdam invited several Rotterdam artists to introduce the city to the world during the song festival. Not a city of clogs and tulips, but a real city, a city of people, innovation and space. They will each dress the city, from within his or her own artistic perspective and discipline.

Studio VollaersZwart designed the SING ALONG design in which country flags are combined with lyrics from Song Contest songs. You will see this design everywhere in the city.
Iconic spots and buildings in Rotterdam will be decorated from 26 April onwards. There will also be special places in the Netherlands and abroad that will be digitally decorated with the SING ALONG design, in order to give the connectedness of the festival an online presence as well. After the contest, the cloth canvases will be processed into new products.

Dutch fashion designers have been working on turning the old country flags into fashion items. These SING ALONG fashion items will be presented in a fashion show at the countdown clock at the Boijmans Van Beuningen Depot and subsequently exhibited at the Bijenkorf. After the Song Contest, the fashion items will be given a place in the new museum that will be built on Katendrecht. The SING ALONG cake that was made in cooperation with Dudok is the proverbial cherry on the cake. Part of the proceeds will go to the More Music in the Classroom Foundation, for structurally providing more music education in primary schools. 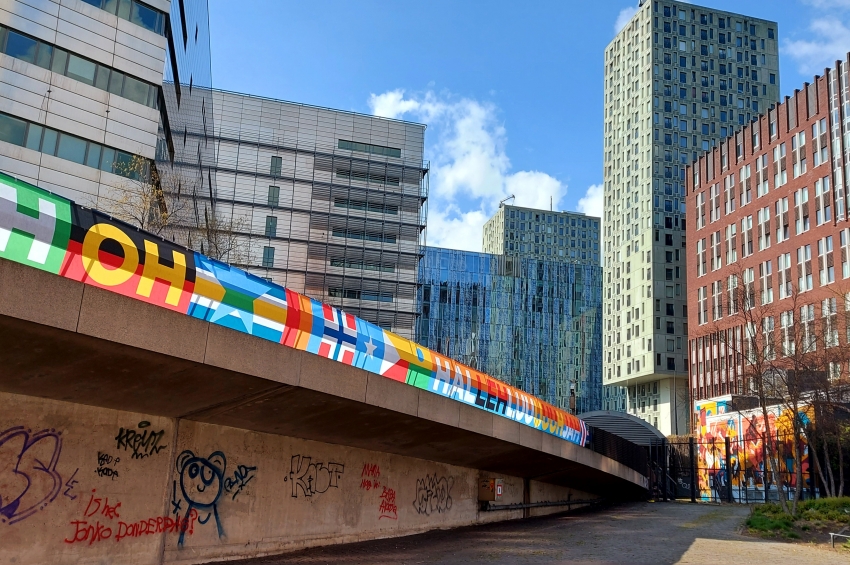 When you think of 'celebrate', you think of singing. In the series #RotterdamSinges, images of 50 singing Rotterdammers were captured by 25 photographers from Rotterdam. From well-known to unknown talent, and from singing in the supporters' bus to singing while doing the dishes. We embrace our differences through the international language of connectivity: singing! The 50 photos will be seen on mobile displays throughout Rotterdam. The photo canvases will later be used as book covers. 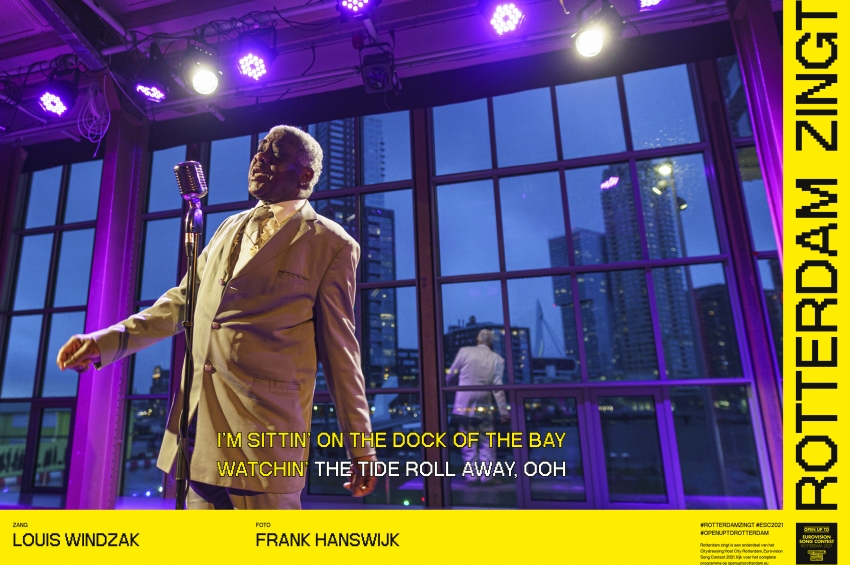 Rotterdam lives and breathes the Port. It is raw, innovative and interwoven with our culture and history. With their project UpStreetRotterdam, Hiphop In Je Smoel celebrates the Port of Rotterdam and the raw, idiosyncratic character of Rotterdam. Streetart artists from the Netherlands, Italy, Germany, Spain, England and France will create a gigantic collective artwork next to Ahoy. They will each create a work of art on a shipping container in their own distinctive style. Together, they will come to life as one large artwork. Visitors will be able to get a good look at the work from the watchtower. In addition, also under the title UpStreetRotterdam, Rotterdam artist Tymon de Laat is working on a portrait of Jeangu Macrooy on a 24 by 20 metre wall opposite Ahoy. The portrait is inspired by Bird of a new age, the song Jeangu will perform during the song contest on 22 May.

With the brand-new concept, The Shape of Rotterdam, the creative agency Arttenders will provide a multifunctional interpretation of the outdoor space. On the Annie M.G. Schmidtplein in the Hart van Zuid, a shape called The Splash is being realised. This art object will be delivered on 28 April and can also serve as a stage for the Rotterdam City Programme. The design has been developed together with the residents and entrepreneurs around the square, the developers of Hart van Zuid and the municipality of Rotterdam, together with Arttenders and the Rotterdam artist Cindy Bakker.

Mothership, which launched a large-scale light artwork in the form of a countdown clock for the Boijmans Van Beuningen Depot on 11 February, will also be providing some special lighting for the Erasmus Bridge during the week of the shows in Ahoy. During the show, their work will be shown off to its full advantage with a previously shot video. This will be broadcast on TV during the final show. The light artwork tells its own story that underlines the theme of Open Up. During the week of the shows in Ahoy, Mothership will also light three buildings in Rotterdam, where earlier recordings were made for the show. 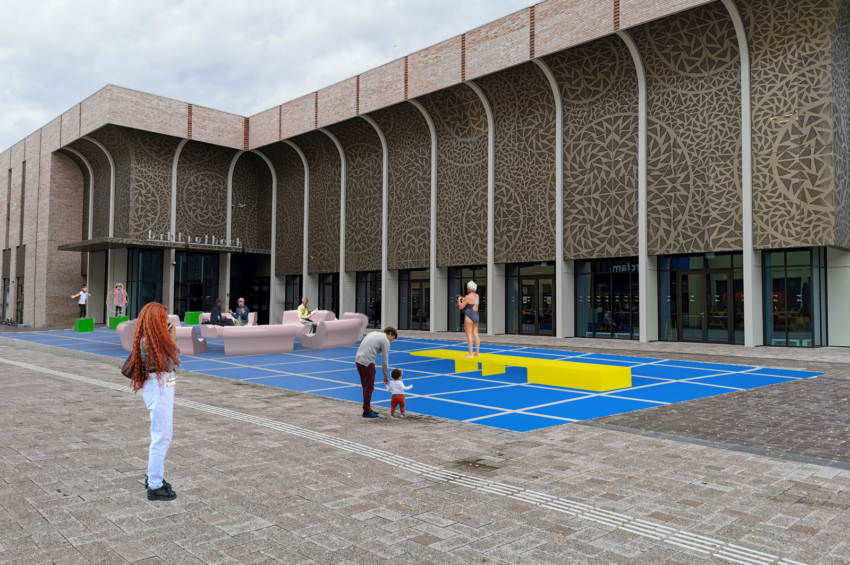 Open up to the future

And as we are discussing the Rotterdam of the future, it is on its way to becoming a waste-free society. All the more reason to include circularity as an important precondition in the call for tenders for all City dressers. One of the most striking results concerns all the canvases used in the city. These are either made of old national flags or of recycled materials. The flags and banners will be recycled into new plastic products after the event. Another sustainable project, both terms of materials and social issues, are the 6,100 bags we had made last year. Together with the design by artist Maarten Bel, clients and neighbourhood residents of Rotterdam Inclusief and Pameijer gave the bags a new lease of life and made them completely up-to-date, all by hand. Open up to the future. Rotterdam. Make it happen.

Read more about our circulair promise 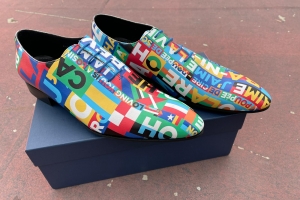 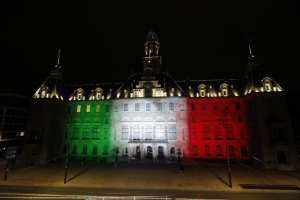